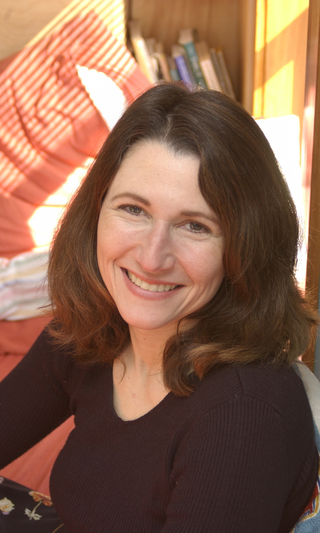 Natalia Rachel Singer is the author of Scraping by in the Big Eighties, (2004) a memoir in the American Lives series edited by Tobias Wolff at University of Nebraska Press, and is the coeditor with Neal Burdick of Living North Country: Essays on Life and Landscapes in Northern New York (2001).

Her nonfiction and fiction have been published in magazines and literary journals such as Ms., Harper’s, The American Scholar, Creative Nonfiction, Redbook, O: The Oprah Magazine, The Writer’s Chronicle, Another Chicago Magazine, The Bellingham Review, Prairie Schooner, The Seneca Review, The North American Review (where she is a contributing editor), Shenandoah, The Iowa Review, Alternet.org, and numerous others. Her work has been anthologized in a number of books, among them Microfiction, Collateral Language, Rooted in Rock, The Mammoth Book of Short Short Stories, The Best Writing on Writing, and Reading Seattle: The City in Prose. She has won several national awards for her writing, including first prize in the Best Short Short Story contest and second prize in the Annie Dillard Award for Nonfiction, and has been a recipient of a grant from the New York Foundation for the Arts for nonfiction literature.

An English professor at St. Lawrence University in upstate New York, Singer has traveled widely, and her work was cited for excellence in the Best American Travel Essays of 2004. Her memoir, Scraping by in the Big Eighties, is set in Washington State, Oregon, Mexico, California, Massachusetts, and France. She is currently completing a novel set in the Languedoc region of France,The Inventions of Love.

Scraping by in the Big Eighties
"The charmingly personal becomes the mightily political in a muscular, well-wrought series of essays that move chronologically through an appalling decade of public and private self-indulgence.... Singer has certainly done her homework for this entertaining refresher course on the decade of big hair and small mercies: the acknowledgements alone offer an excellent bibliography of an era that many readers who lived through it would rather forget."
--Kirkus Reviews

Living North Country: Essays on Life and Landscapes in Northern New York
Over two dozen essays from established writers as well as newcomers on the relationship between landscape and the ways of life in New York's "North Country"--the Adirondacks and surrounding valleys. Between these covers are open spaces, small towns, skeletons in the closets, blue skies, big storms and more.