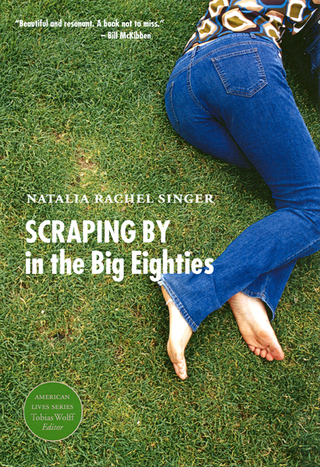 Scraping by in the Big Eighties

Natalia Singer's plan, when she headed for Seattle in 1979, was to get laid off, go on unemployment, and become laid back. Meanwhile she would train herself to become a writer. Rejecting the avid materialism of her generation and the violence of American culture, she vowed to surround herself with natural beauty, steer clear of her mentally ill mother, and contribute nothing to the fluorescent-lit, acronym-ridden, anesthetizing military-industrial complex. Her quest, which she hoped would bring her peace, safety, and creative fulfillment, actually put her increasingly in harm's way. It has, however, paid enormous dividends for readers who here have the perverse yet exquisite pleasure of following Singer's low-budget search for a bohemian haven during the last gasp of the cold war.

Singer's tortuous path, chronicled with self-deprecating wit and disconcerting candor, leads her to a duplex in Seattle, a Buddhist monastery in the Catskills, a ghost town on the Olympic Peninsula, a beach hut in Mexico, graduate school in western Massachusetts, and even a Left Bank convent, but it never frees her from her identity and obligations as an American, either at home or abroad. Singer blends memoir with cultural history to critique Reaganomics, military buildups in the face of eroding social programs and growing national debt, the hypocrisy of so-called family values, and her own complicity in all of it. Scraping by in the Big Eighties is, more than anything, about taking politics personally. Lyrical, meditative, occasionally heartbreaking, and often darkly comic, this book about mistakes blithely made in decades past is nonetheless still timely today.

Co-edited with Neal Burdick.
"The book succeeds in reflecting the diversity and complexity of this place, in both informative and entertaining ways. First, the editors allow the 'North Country' to include the Adirondacks. While there are distinctive variations in valley and mountain life, this larger region has many issues of common culture, which are reflected quite well in this book. I am encouraged by the increased attention to writers of this region and its way of life. This book should help to make the point that we are a land with a lot more than nothing, after all."
--Varick Chittenden

Jules and Jonah March on Washington

This article was the first of a two-part series about the peace movement in 2002, leading up to the U.S. invasion of Iraq. Click here to read the articles at Alternet.org.

Scraping by in the Big Eighties
"The charmingly personal becomes the mightily political in a muscular, well-wrought series of essays that move chronologically through an appalling decade of public and private self-indulgence.... Singer has certainly done her homework for this entertaining refresher course on the decade of big hair and small mercies: the acknowledgements alone offer an excellent bibliography of an era that many readers who lived through it would rather forget."
--Kirkus Reviews

Living North Country: Essays on Life and Landscapes in Northern New York
Over two dozen essays from established writers as well as newcomers on the relationship between landscape and the ways of life in New York's "North Country"--the Adirondacks and surrounding valleys. Between these covers are open spaces, small towns, skeletons in the closets, blue skies, big storms and more.